Learn about the natural hormone treatment that has been prescribed since the 1930s. Pushed aside in recent years by the deluge of artificial hormone replacement treatments, natural progesterone is identical to the hormone native to your body. 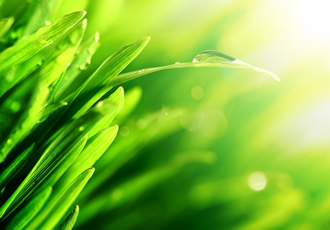 It is important to differentiate between natural progesterone and the artificial forms of progesterone, known as progestins or progestogens, that are used in conventional hormone replacement therapy (HRT). While progestins perform in some ways like progesterone they are, in reality, alien to the body, a fact that is widely believed to explain the many reported side-effects associated with HRT.

Natural progesterone has been prescribed since the 1930s to treat symptoms of progesterone deficiency. When progesterone levels drop the effects of another key hormone, oestrogen, can take control, leading to a condition known as oestrogen dominance. This is a common condition amongst menopausal women that has also been linked to PMS, osteoporosis and a range of other conditions.

Natural progesterone is most commonly sourced from certain species of plants, such as wild yams. A substance called diosgenin is extracted from which progesterone can be derived.

Without the financial might and lobbying power of the major pharmaceutical companies there have been few formal clinical trials of natural progesterone. However in over half a century of use there is a wealth of anecdotal evidence from doctors that have prescribed it and many thousands of women that have used it. Throughout this time no negative side effects have been reported and vast numbers of women have reported symptoms relieved and quality of life restored.

So why isn’t natural progesterone used everywhere and why hasn’t my doctor prescribed it to me?

Since the 1960s when progestin based HRT treatments were launched, the vast resources of the major pharmaceutical companies have enabled them to establish their products as the standard prescription for hormone imbalance. General practitioners, the most frequent healthcare advisor for women with menopause symptoms, are by their nature not experts in every field and as such have been guided by the pharmaceutical companies towards their own progestin based products.

Meanwhile the original, natural progesterone, the simple hormone the body actually needs has been almost forgotten in the clamour for market share and profits.

Today though there is a renewed interest in natural progesterone due largely to reports on the health risks of artificial hormones. An increasing number of healthcare professionals are now recommending bioidentical, natural progesterone and thousands of women are turning to it as a healthy yet effective alternative to HRT.

Wellsprings Serenity is a natural progesterone cream that has been helping women overcome symptoms and conditions associated with hormone imbalance for over 10 years. During this time many thousands of women have reported symptoms relieved and quality of life restored.

At Wellsprings-Health.com you can read just some of their stories and in our Hormone Learning section you can find out more about natural progesterone, its properties and benefits.

All information given on this site is for general interest only. Every woman is unique. Your results may vary.
Disclaimer: This article is intended to educate readers about Natural Progesterone and/or other Wellsprings products. For medical advice you should always talk to a healthcare professional.