For over 20 years Wellsprings Serenity cream has been chosen by women and doctors as a natural alternative to Hormone Replacement Therapy (HRT).

Many women who use Serenity report that their menopause symptoms are relieved and quality of life improved, without the side-effects often experienced with common HRT treatments. *

Tried and Tested
Wellsprings Serenity has been helping relieve the symptoms of menopause for thousands of women since 1997.

Natural Progesterone, its active ingredient, has been prescribed since the 1930's for the treatment of hormone imbalance. *

Natural, Bioidentical Hormones
The active ingredient in Wellsprings Serenity is Natural Progesterone which is bioidentical to your body’s own progesterone.

Conventional HRT uses synthetic hormones that are alien to the body and believed by some to be behind its reported side-effects. *

Long Term Health
The Natural Progesterone in Wellsprings Serenity may combat the effects of bone breakdown that accelerate during menopause and can lead to osteopenia and osteoporosis. *
* Every woman is unique. Your results may vary. 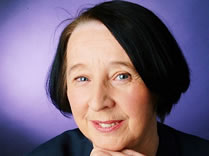 Dame Dr Shirley Bond
DCmdrSOStj MB BS LRCP MRCS FFARCS
"I had never been keen to give my patients traditional HRT and now I had a safe product to use to help them deal with their problems and balance their hormones." 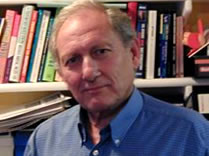 Dr B Peatfield
DCmdrSOStj MB BS LRCP MRCS
"I have been using natural progesterone cream for some years now... both my patients and I have, without exception, been delighted with its efficacy."

What our customers say about Serenity natural progesterone cream...

Christine, Cambs
"The flushes have reduced... My weight is slowly coming back down...
I can’t recommend this product enough, Thank you Serenity." *

Jane, Surrey
"My anxiety and hot flushes have gone. I lost 7 pounds in weight in 10 days. I’m high on life and feel and look wonderful." *

MW, South Shields
"I have been using this cream for 3 months... I am absolutely thrilled with the results. The hot flushes and night sweats have completely gone." *

* Please note that our customer reviews are individual experiences. Your results may vary.

For discreet application
Serenity is fragrance free so as not to interfere with other scented products you may be using.

No animal testing
Serenity is not tested on animals in any way and no animal by-products are used in its formulation.

Each recommended dose of cream is 1/8th of a teaspoon (0.5ml). This amount is the size of a garden pea.

We recommend using a double dosage (2 pea-sized amounts of cream, twice a day) for the first month of application. Also, please ensure you finish the full jar or bottle of your cream to allow time for your hormone levels to stabilise and symptoms to be properly treated.

Whether you choose our 60ml jar or 100ml pump bottle, the doseage is exactly the same. To dispense a pea-sized amount from the pump bottle, gently press the pump until the correct amount is dispensed.* 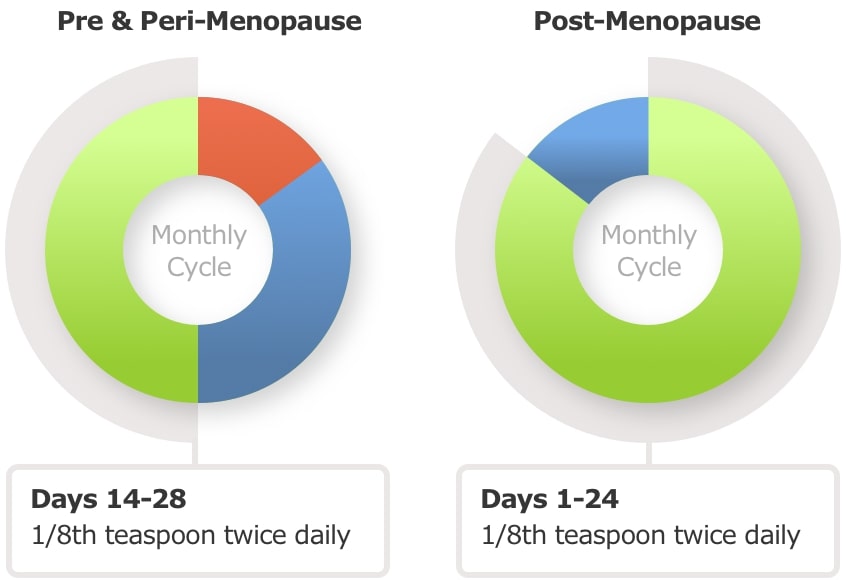 Click HERE for case specific usage guidance
* Typical usage for best performance based on experience of long-term users of Serenity. Your results may vary.

A healthy woman will naturally manufacture 20-25mg of progesterone per day in the second half of her monthly cycle and the intention is to deliver this same amount of bioidentical progesterone into the system via the cream.

Each dose of Serenity contains 12mg of bioidentical progesterone, so one application in the morning and one at bedtime will constitute a dosage of 24mg per day, delivering approximately the same as would be produced naturally.

If symptoms are severe you may use a double dose mornings and evenings, but all women are different and dosage should be assessed and modified by each individual through their own experience over a period of time.

Serenity should be applied to both thin and fatty tissue areas of the body.

The best application areas are: the face, neck, inside of the upper arms, lower back or inner thighs for thin skinned areas and buttocks, lower arms, outer thighs and stomach for fatty areas.

How to measure a single dose

Simply dab the underside of your little finger halfway to the nail if using a jar, or gently press the pump if using our pump bottle. The amount should be about the size of a garden pea.

Quick Relief
For a more instant effect (for migraine headaches for example) it has been found that massaging a little extra cream into the areas of thin skin (inner wrists, temples and behind the ears) may give relief.
* Every woman is unique. Your results may vary

Can I use Wellsprings creams alongside the contraceptive coil or pill?

The major pharmaceutical companies market HRT treatments that contain artificial hormones that they can patent and are profitable. The resources of these companies has enabled them to position them as the standard prescription for menopause symptoms and other conditions of hormonal imbalance despite increasing reports of their side effects. *

During menopause these symptoms include:

One of the prime long term conditions associated with oestrogen dominance is osteoporosis. Natural Progesterone can be an effective treatment for this condition. *

What is Oestrogen Dominance?

Osteoporosis & Natural Progesterone
^ back to top

Prescribed since the 1930s, it is used to treat menopause related symptoms and other conditions associated with hormone imbalance.

Why does Serenity contain just progesterone and no oestrogen?
Specialists have identified that a deficiency in progesterone in relation to oestrogen is at the root of most women's hormonal complaints.

Doctors such as Dr John R Lee, who prescribed natural progesterone for 30 years and wrote extensively about its benefits, demonstrated that supplementing progesterone alone, in its natural form, is what most sufferers require in order for health and wellbeing to be restored. *

How can a cream get natural progesterone into my body?
'Transdermal application' is the method of delivering substances into the body through the skin. It is used in products such as nicotine patches and pain-killing gels.

When taken orally, natural progesterone gets removed almost entirely by the liver. When applied in cream form over 90% of the progesterone content is absorbed. *

Transdermal Creams - How they work and why

Can I use Wellsprings creams alongside the contraceptive coil or pill?
If you're using these just to help with heavy bleeding then simultaneous use with your cream is fine. However, if you're using them for contraception, then no we CANNOT recommend it, unless you also take additional precautions.

The coil and pill both contain synthetic progestins which compete with the same receptor sites in the body as the natural progesterone in our creams to make both less effective.
^ back to top 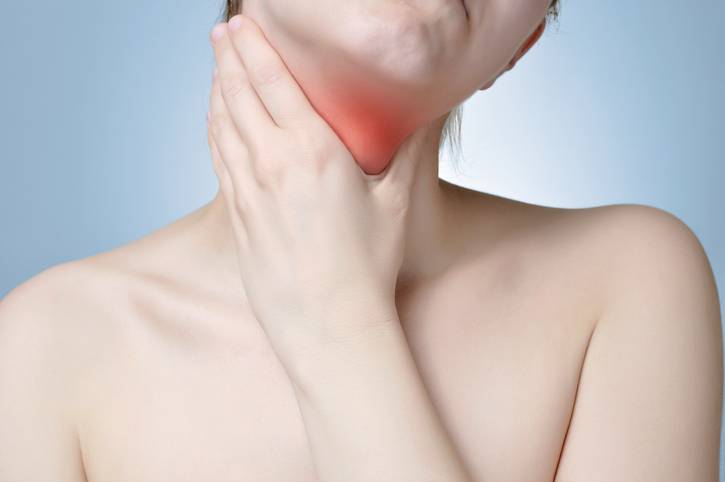 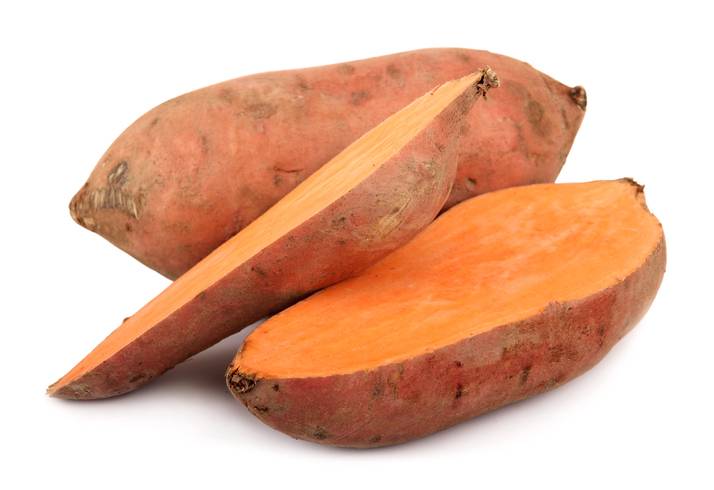 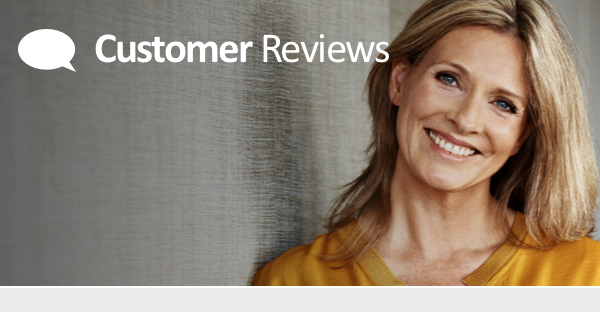 of Wellsprings creams
Intense Menopause symptoms? Serenity just works
"Panic attacks, irritability, depression, low self-esteem, bloating, weight gain, fluid retention, tender breasts and worst of all paralytic migraine where I was unable to speak properly" *
JG - Gwent, UK
Menopause, Hot Flushes, Weight Gain
"Due to lack of sleep with night sweats & debilitating daily hot flushes I became depressed, anxious and began to suffer panic attacks." *
Jane - Surrey, UK
I'm a different person... I can now get on with my life
"I have been on HRT patches for nearly 18 years. After a couple of months on 20-1 cream I am nearly a stone lighter and the hot sweats have all but gone" *
Lynda - London, UK
I can't recommend Serenity enough, it's changing my life back to normal
"The flushes have reduced by about two thirds already and are not as severe. My weight is slowly coming back down and I do not feel as bloated now" *
Christine - Cambs, UK
Hot flushes, panic attacks, drenched bed clothes
"I had hot flushes and perspiration to the point where I looked as if someone was pouring water over me" *
Katherine - Kent, UK
Early menopause and weight gain
"I am now back down to the weight I was when I was 20 years old!" *
MW - South Shields, UK
On HRT for 3 years and anxious to stop
"I tried [to stop HRT] almost every time I finished that particular months supply only to start again within a couple of weeks due to the return of drenching sweats, sleepless nights, feelings of agitation and breast pain." *
CT - Abbotsbury, NSW, Australia
* Please note that our customer reviews are individual experiences. Your results may vary.

Featured Review
Hot flushes, panic attacks, drenched bed clothes
"I had hot flushes and perspiration to the point where I looked as if someone was pouring water over me" *
* Every woman is unique. Your results may vary.